Galasat’s headquarter is a spacious and light room with lots of equipment which is located at the second floor of Antonio Gala High School.

If you want to know where your payload is during its journey you will have to use a tracker. There are many different types of trackers on the market, so the type that works for you depends on your needs.

Commercial satellite GPS trackers are reliable and easy to use, and are a popular tracker choice for many balloon teams. The downside to using these trackers is that many of them have altitude caps, meaning that they will not transmit their position above a certain altitude. Be sure to know the operating conditions and limitations of your tracker before you launch.

Radio-operated trackers do not have this altitude limitation, but are sometimes more difficult to use and require special radio equipment and HAM radio licence. However, these trackers are used extensively by hobbyists and ameteur ballooners, so there is extensive documentation on the Internet. 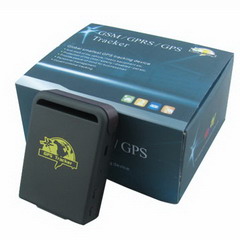 Radio-operated trackers do not have this altitude limitation, but are sometimes more difficult to use and require special radio equipment and HAM radio licence. However, these trackers are used extensively by hobbyists and ameteur ballooners, so there is extensive documentation on the Internet. 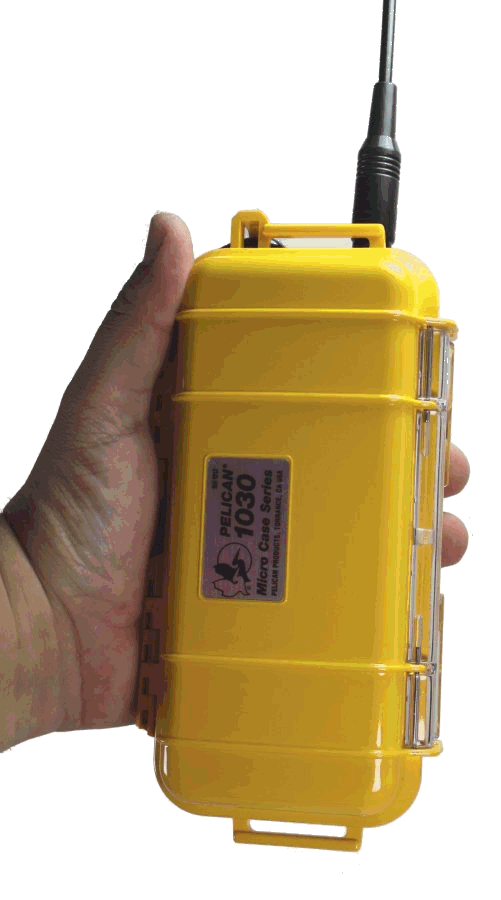 The Micro-Trak AIO (All In One) is a complete, self-contained, rugger, water resistant, portable, 10-watt APRS tracker, including a frequency agile 2-meter transmitter, a TinyTrak3 controller chip, a Byonics GPS3 GPS receiver, and an SMA antenna.

Automatic Packet Reporting System (APRS) is an amateur radio protocol designed to report the location of a sending station on the move. This system has been adapted to many uses, including the reporting of telemetry required to track a HAB. The fantastic thing about APRS is once you broadcast the packets, everything else is done. Thanks to HAM radio operators around the world, when you broadcast a packet, there are receiving stations listening for them nearly anywhere you might be. The receiving station forwards your packet to internet sites which provide near real-time reports of your flight, including location, altitude, speed, and any other data you can fit into an APRS packet. Just surf to www.aprs.fi, enter your HAM radio call sign, and you have an interactive map of your flight with all of this information.

Utilizing a radio capable of tuning the APRS frequency, it is also possible to directly receive the packets from your balloon (even with an inexpensive receiver). This is important after landing, because there is a good chance that no stations will be close enough to hear your packets once the balloon is back on earth. Chances are the final packet that reaches aprs.fi will get you close, but you’ll need to get the resting location yourself.

APRSdroid is an Android application for amateur radio operators to decode APRS messages that have been encoded using Audio Frequency Shift Keying (AFSK). AFSK is the mechanism used to translate a digital packet into the analog signal required by your transmitter/receiver. It is a sonic representation of your packet. All you need is a radio receiver that can tune to the broadcast frequency of your Trackuino and an audio patch cord to plumb it into your Android device to decode your packets. If your APRSdroid happens to be running on a smartphone with 3G or 4G access, it can also be used to map your location versus the location of your balloon.

The APRS amateur radio network passes along digital data packets sent by your transmitter, so you can track its location. 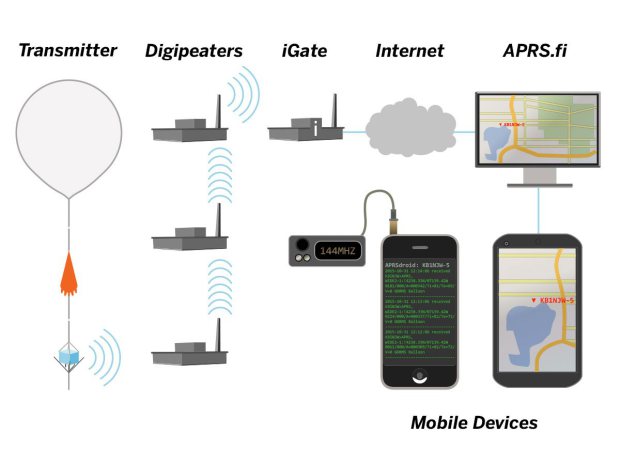 The Uno is a microcontroller board based on the ATmega328P. It has 14 digital input/output pins (of which 6 can be used as PWM outputs), 6 analog inputs, a 16 MHz quartz crystal, a USB connection, a power jack, an ICSP header and a reset button. It contains everything needed to support the microcontroller; simply connect it to a computer with a USB cable or power it with a AC-to-DC adapter or battery to get started. One of their greatest strengths is the simplicity with which they interface with so many sensors!

Our project have allowed us to use Arduino UNO and a humidity/temperature sensor to to read data and save them to a file by using a Data Logging Shield for Arduino. 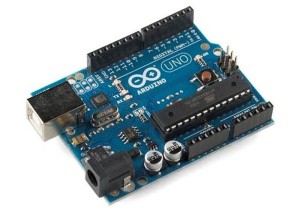 Data Logging Shield for Arduino makes it easy to save data to files on any FAT16- or FAT32-formatted SD card in a way that can be read later by most plotting, spreadsheet, or analysis programs. The included real time clock (RTC) timestamps all your data with the current time, so that you know precisely what happened when. 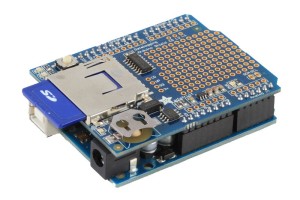 This low cost DHT-22 temperature & humidity sensor is very basic and slow, but are great for hobbyists who want to do some basic data logging. The DHT sensors are made of two parts, a capacitive humidity sensor and a thermistor. There is also a very basic chip inside that does some analog to digital conversion and spits out a digital signal with the temperature and humidity. The digital signal is fairly easy to read using any microcontroller.

We have chosen the DHT22 over DHT11 because it has a wider range of measurement, 0 to 100% for humidity and -40°C to +125°C for temperature. Also it has a digital output (Single-bus) that provides higher data accuracy. 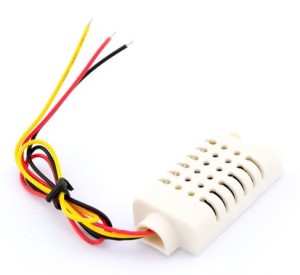 In our flight into the stratosphere the isolated payload will subject to extreme temperature. That is why we are selected a high-performance batteries.

These powerful batteries supply our Micro-Trak AIO with enough power to record all of a long journey. Compared to conventional batteries, their durability can be multiplied by a factor of eight.

This data logger measures and stores over 32000 temperature readings from either a K, J or T type thermocouple. The thermocouple is attached via the thermocouple socket at the base of the unit. The user can easily set up the logger and view downloaded data by plugging the module into a PC’s USB port and using a proper application. Data can then be graphed, printed and exported to other applications. 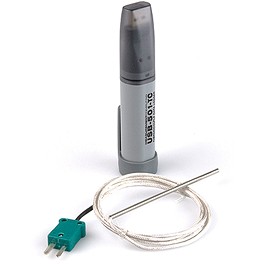 Weather balloons are a type of high altitude balloon specifically used for transporting scientific payloads into our upper atmosphere. They can carry their payloads as high as 40,000 m ~ 130,000 ft. Every day approximately 800 meteorological weather balloons are released at 00:00 and again at 12:00 GMT at locations around the world. This provides a “snapshot” of our earth’s upper atmosphere twice a day. The few launches done by amateurs every day are just a drop in the bucket compared to the 1,600 or so launches done by meteorological organizations around the world. 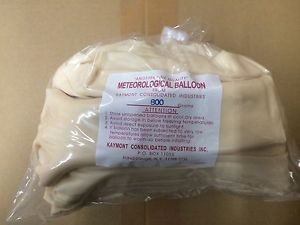 Balloons must be filled with a lighter-than-air gas, typically helium or hydrogen. This provides the lifting force that carries your balloon to the upper atmosphere! Most balloonists typically use helium due to its commercial availability and safety.

Hydrogen is cheaper and can give more lift due to its lower density–however, hydrogen is flammable and must be handled with extreme care. 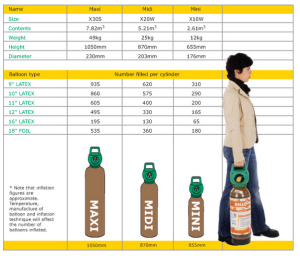 The size of the parachute will depend on the weight of your payload. You can calculate the necessary parachute size for your specific payload by using this parachute size calculator.

Larger parachutes will make the payload descend slower, which means that the payload will be in the air longer and atmospheric forces will have more time to act on your balloon payload. Ultimately, this increases the travel distance of your payload due to high winds at higher altitudes. Remember that if your payload travels laterally a lot, it could mean you need to travel farther to recover the payload.

Moreover, if you are launching near a large body of water, mountain, or otherwise problematic terrain, it could increase the risk of your payload landing in an unrecoverable area. 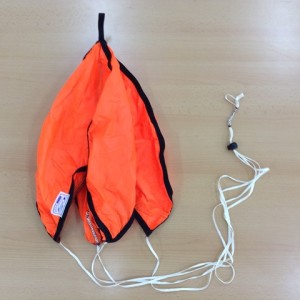 A radar reflector is a device that makes your balloon payload visible to radar detectors used by civil transport and military aircraft. In many countries, they are required to be used on any balloon payload. 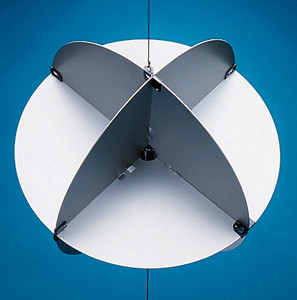 A swivel is a connection that allows the connected object to rotate horizontally and/or vertically. A common design for a swivel is a cylindrical rod that can turn freely within a support structure. This is very important in HAB projects since it allows for the ropes connecting the payload and the balloon not to get entangled. 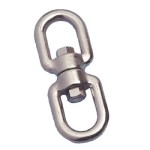 There is pretty much two options for creating the payload:

After a bit of research, we decided on making our own. This would allow us to create precisely the size we needed, something that our components would fit tidily into and into which we could also include internal compartments. Furthermore, the available pre-made sizes seemed to be rather heavy so we figured there was a weight saving to be made with a DIY box.

We purchased several sheets of yellow Styrofoam. We only needed two – but better safe than sorry. We were advised that the yellow styrofoam made less mess when cut than the white. We also purchased glue specially designed for styrofoam. Regarding cutting the polystyrene, we looked into the benefits of a hot wire cutter but since we were only cutting straight lines we decided to take our chances with household tools.

Finally we have got a cheap, lightweight payload where you can enclose the equipment. It has good thermal insulation and is sturdy enough to sustain a fall without damaging anything. 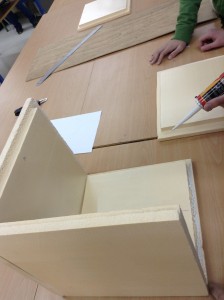 This cameras are known for being lightweight, rugged, wearable or mountable in unusual places such as outside planes, cars, or boats. This type of cameras is versatile and flexible action camera shooting video or taking photographs and also is perfect for shots or the Earth’s curvature, enhanced by the fish eye lens.

One of the key features of any action camera for HAB is the battery. Many photographic high altitude balloon flights last somewhere in the order of 2-3 hours. So it is very important to get an action camera that will run for this long. GoPro cameras offer many interesting features including the improved frame rate and quality in the images.

Unfortunately initial tests show that its battery performance will not always match the length of a HAB. Thankfully an optional battery bacpac can be used to extend its life.

As for memory card we are using a 64 Gb memory card in order to record the whole lenght of our HAB flight when we are sooting at 1080 p and 60 fps. However we should take into account that cameras tend to perform less well during HAB flights for a variety of reasons. 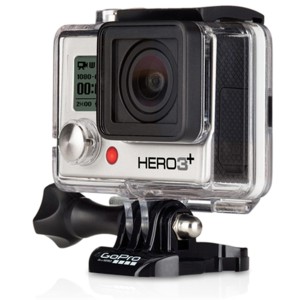 Oil from your hands can damage the balloon lining, so gloves are required when handling the balloon before launch. Latex or vinyl gloves are unobstructive, cheap, and available at any hardware store, but other types of gloves should be worn in cold weather. Leather gloves or insulated winter gloves are good for this purpose. 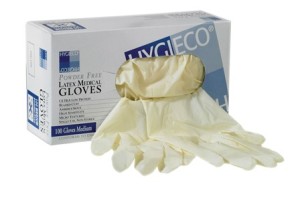